Home » Blog » Are You Wondering Should I Join the Military? Here is My Advice 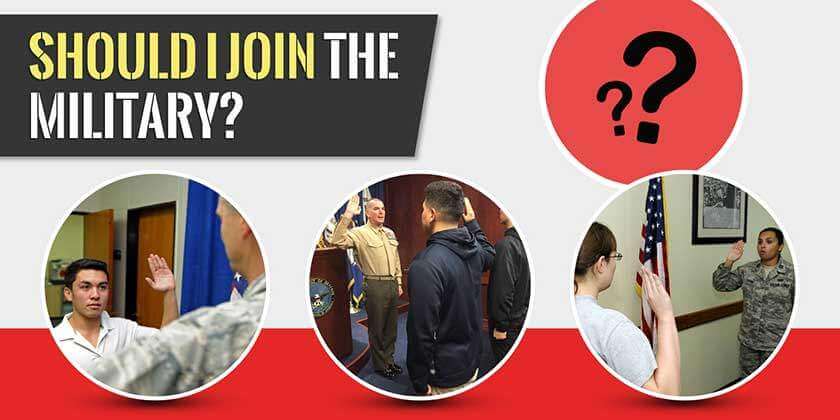 Some people know exactly what they want to do with their life when they’re 15.

For others, like me and maybe you, nothing really jumps out. It’s frustrating not knowing exactly what career path to go down.

You may be wondering what your life purpose is, weighing your options and exploring different career fields for something that excites you.

Inevitably one question people a lot of young people end up asking themselves is should I join the Military?

There are so many things to consider.

As someone who has been in your shoes, I hope my experiences can help you determine if joining the military is a good option for you.

Here Are the 8 Main Things You Should Consider

#2. There is a HUGE difference Between Active and Reserves

Here are the major differences

Reserves: Each branch has a reserve component. If you decide to go down this road, after basic training your life won’t be that much different from a civilian’s.

You’ll have to drive to a nearby Reserve base one a month to drill (which just means practice your job) to make sure you remain sharp should the military need to use you in a more active role.

If you want to get your school paid for, learn a skill, and get that military experience on your resume this is a great option for you.

Active Duty: This is the route I went down. Signing an active duty contract is a huge commitment. It’s like committing to a normal job where you can just quit if you don’t like.

You’ll get to choose your job, but as far as where you get stationed or whether your deployed (or where) will be out of your control.

I know, the idea of giving up control of your life is a little intimidating. Just keep in mind you’ll have to make sacrifices and there are a lot of tradeoffs when joining active duty. It’s why people who join the military get a lot of respect. It’s a big commitment and a lot of people aren’t willing to take the leap.

There are some other obvious differences, like pay and benefits. You’re going to get paid more if you go active duty, but you’ll be giving up a lot more of your time.

If you want to learn more about the major differences, check out this article by military.com here.

#3. The Military Has A Lot More to Offer Than Most People Realize

The military has a lot more jobs than people think. If you’re smart, you can use the military to get experience that will set you up for a HOME RUN civilian career afterward.

For example, If you know you want to work in the medical field, but aren’t ready to commit to one specific area yet. You can get a Military Occupational Specialty (MOS) that will get you tons of patient care hours. That means when you apply to schools when you get out your application will jump straight to the top of the list.

Here are some images that represent the wide variety of jobs available in the military.

Some people have the impression of they join the military they won’t be allowed to use their brain.

That they will be handed an M16 and told to charge a machine gun nest. That couldn’t be further from the truth. In reality, there are so many specific jobs in the military you’d be hard pressed to find at least a handful that don’t interest you.

Often times the jobs nobody knows about are the highest paying too! Also, most jobs you are thinking you might want to do in the civilian world you can probably do while in the military.

#4. Are You Willing to Miss Out on Things?

This is something you really need to consider. If decide to go active duty there is almost no doubt you will miss holidays and time with family.

I know this section might seem like I’m trying to talk you out of joining the military. I’m not, I just want you to know what you’re getting yourself into.

Keeping in mind that you will miss out on things, let’s jump into the next section.

I know some of you reading this page may still be in high school or in your early 20s. 4 years seems like an eternity.

Keep in mind, you’ll be in the military, but you won’t be dead.

4 Years flies by, especially if you’re in the military. You’ll always be doing new things and sent to places you never would expect.

You will still get to have a ton of fun experiences with friends. They will just be different friends.

#6. Talk About a Unique Experience

There really is nothing like being in the military. It’s a one of a kind experience you can’t find anywhere else. On top of that, after a certain age, the military won’t even let you join. So if this is something you feel like you’re being called to do, you really need to give this a lot of thought.

My favorite aspect of it was just the sense of being part of a team.

I think this might be especially for those who choose a combat arms (combat related) job. I mean, you’re training to potentially go to war together. Even if you’re not planning on getting combat related job I think it still applies.

In the civilian world, there is an “every man for themselves” mentality. People always do what’s in their best interest without thinking about others. That’s not really the case in the military, there is a strong emphasis on teamwork. It’s a nice change of pace.

Inevitably you will spend a lot of time with the same people. You’ll meet some lifelong friends if you end up joining.

#7. There is no One Military Experience – (I Cannot Stress This Enough!!!)

There is not one military experience. The job you pick is so important! Don’t let some Debbie Downer talk you out of joining because they didn’t take the time to research (like you obviously are) before they signed up.

I have some friends that ended up enlisting in the military and were disappointed with their experience.

You might have had already had someone tell you “don’t join the military, it’s not what you think.”

While that is somewhat true, often these are the same people who signed up to be a freaking cooking thinking they would be spending everyday shooting guns and practicing land navigation.

The job you pick literally is the most important thing you should consider before you sign a contract.

You’ll be doing this job for 4 years, and who knows, you may end up doing 20 years! I know a lot of people that decided to make the military their lifelong career. I have other friends that say you could not pay me enough to reenlist. It really all comes down to whether or not they picked a job that fits their personality and that they enjoy doing every day.

So let me run through an example of what not to do.

On the flip side, if you’re someone who is terrified by the idea of being sent to combat, don’t join the infantry. Or the Marines at all for that matter.

There are a lot of jobs that will almost never be sent into combat unless things really get bad. Like a World War, but if that happens you might get drafted anyway.

#8. Do You Love and Want to Serve the Country? 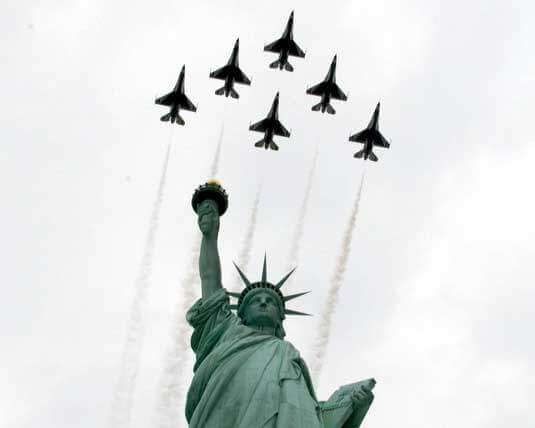 When you join the military you have to accept the fact that a lot of things will be out of your control. There is always a chance we enter into a major global conflict that could result in you sent into harms and potentially even killed.

Another reason I titled this section do you love the country is because you may have to follow the orders of someone you do not necessarily respect or agree with. For example, if you can’t stand the idea of Trump being commander and chief, or whoever gets elected next, then you may not want to join the military.

This isn’t just a consideration for you. It’s bad for the military and country as a whole. If people are constantly complaining or speaking out against leadership it does more harm than good.

While it’s unlikely you will have to do anything too crazy, you may have to do things you don’t necessarily agree with. An example of this was the war in Iraq. Many people had to go fight a war they didn’t think we should be involved in.

The bottom line is you have to be able to see the greater picture. You have to understand that you are serving the country, not your leadership or a specific person.

It doesn’t matter to me whether or not you join the military. I’m not going to try to link you to a recruiter or anything like that.

I just know a lot of people that should have joined the military, but they always had some excuse why they didn’t join. I don’t want you to be one of those people and end up regretting it.

You only get one life. Make it count. Don’t pass on an opertunity because you’re scared.

In the end I can’t answer the question of should I join the Military for you. There is one final thing I’d like to leave you with.

If this page helped you or you have any specific questions, let me know in the comments. I’d be happy to help answer any questions you have.